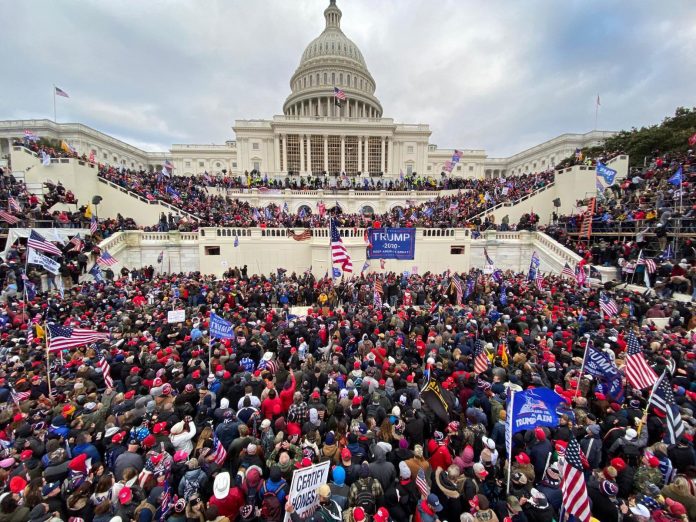 Sad day indeed for our proud Nation and the American people: It was definitely an intolerable attack on our nation’s fundamental institution of democracy. Let us pray for the USA, the world’s greatest defender of democracy until now, as it faces this huge shock from today’s incident. After walking through the halls of the U.S Capitol for the past 25 plus years for various briefings and meetings with members of the Congress, I must say that today’s disgraceful scenes brought tears from pain and stress watching today’s violent events. What happened today and continues to unfold in the nation’s capital is disgraceful and un-American. A mob was able to breach security and successfully enter the building, where one person was shot and later died. Hundreds of federal agents, national guards and law enforcement officers from Maryland, Virginia, and Washington DC were sent to assist to protect and secure the U.S. Capitol. Few minutes ago, officials have declared the U.S. Capitol complex “secure” after heavily armed police moved to end a nearly four-hour violent occupation of the U.S. Capitol by the violent protestors. The United States stands for democracy around the world. The American democratic institutions are strong and everything WILL return to normal and the Congress – the lawmakers – already returned to count and certify the electoral votes to declare the winner of the November Presidential election.

The protesters broke into the building as Congress was beginning the formal process of certifying the electoral votes. Violent protesters stormed the U.S. Capitol on Wednesday (January 6, 2021) and forced lawmakers into hiding. It was a stunning attempt to overturn America’s presidential election, undercut the nation’s democracy. It took heavily armed police four hours to secure the Capitol. There were violent clashes between the police and protesters, who tore railing for the inauguration scaffolding and threw it at the officers. Police used tear gas and percussion grenades to clear the protesters from the grounds of the U.S. Capitol ahead of a curfew in Washington. The occupation of the Capitol building interrupted Congress’ Electoral College count. Lawmakers were evacuated to secure locations around the Capitol complex and Washington, D.C. after thousands of protestors breached the building and skirmished with police officers. Also been told that, two realistic-looking homemade bombs were found near the Republican National Committee headquarters and the Democratic National Committee headquarters in downtown Washington, adding to the danger and disorder centered around Congress.

Former presidents and members of Congress denounced today’s the violent storming of the Capitol. Former president Barack Obama said in a statement that history will remember today’s violence leading down a dark path. Former president Bill Clinton said that Wednesday’s “unprecedented assault on our Capitol, our Constitution, and our country” was long in the making. Condemnation, like this, also rained down from many members of the Congress and many leaders across the world – “What happened here today was an insurrection.” Former president George W. Bush criticized those who broke into the Capitol building – “This is how election results are disputed in a banana republic — not our democratic republic. I am appalled by the reckless behavior of the citizens of our nation, President Bush said in a statement.